I’ve never seen a dimmer (brights / high-beams) switch on the floor until I bought the 1968 Chevy C10. The old switch was rusty and ugly so I ordered a new one as well as a bezel for the hole in the carpet. 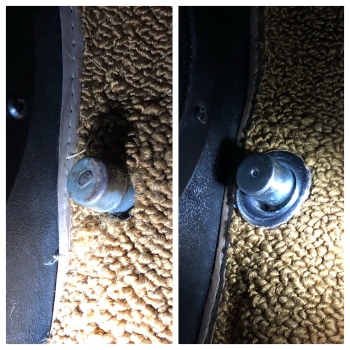 One of the bolts was extra rusty and stuck, so it stripped right away. After trying several other things, I drilled through the top of the bolt until the head popped off. Then I was able to remove the switch and used locking pliers to twist out the bolt.

I put a new pad on the brake pedal, which was also much harder than expected!

A huge box of parts arrived on Friday, so I’ll be making a lot of upgrades over the next two months.