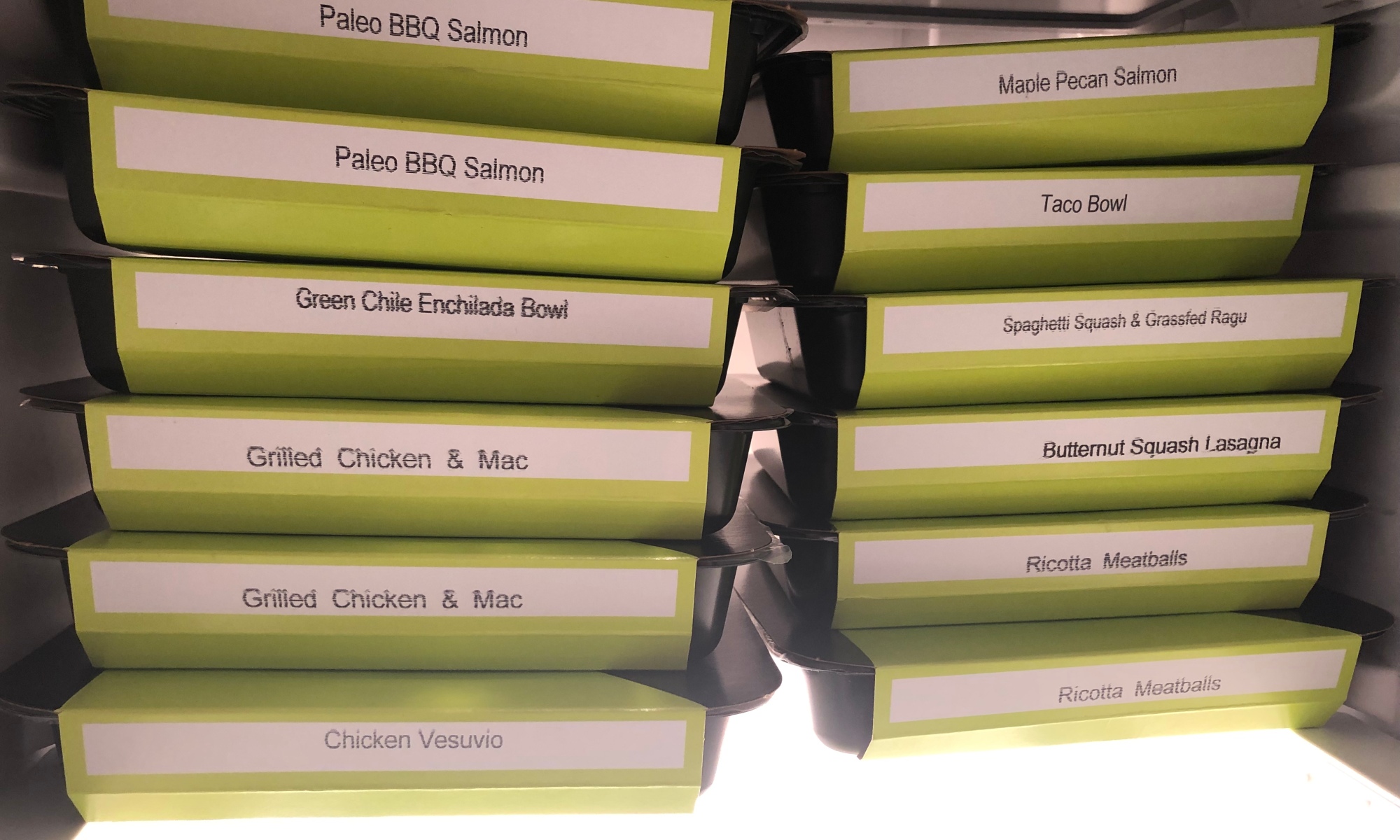 If you haven’t been following along, start with my explanation of this calorie counting experiment.

The second week is in the books. Some things were better and some were not. It was a net win though.

Something I forgot about last week that added to the difficulty dealing with more fat was that when I went to get milk the only skim left was expiring in a day, so I bought 1%. That gallon carried over through all of week two.

I think it’s important to repeat that during week one I got a bunch of home cooked food and really had no idea what the macros were. I estimated one day at 268 grams of carbohydrates, which shot the average up for that week. I’m going to go out on a limb and also say that my estimates were low on all of those meals, because the scale didn’t really show any progress compared to this week.

This last week was probably worse on the high fat Factor 75 meals, even with being able to pair them up better for the entire week. Yesterday was the first day I wasn’t fighting against fat calories from two meals. This new delivery is on point though because I selected all low/medium fat meals.

As you can see, I was on point with my protein. Fat was a bigger problem than last week, causing carbs to go down in order to keep calories close. I’m looking forward to the next couple of weeks as I dial things in. I’m still surprised the macro counting isn’t feeling like a chore yet. Planning out all of my meals the night before has really been huge for me so far.

Nothing exciting to report. Water consumption has been really easy. I went up from an average of 110 ounces to 118 ounces per day. I am trying to drink more earlier in the day, so I’m not drinking much before bed. Hopefully it’ll prevent multiple wake-ups to take a piss. Oh, and I keep forgetting to use my SodaStream.

I started at 199.3 pounds with 15% body fat and was 199 with 15.2% at the end of week one. Things started to move this week without any estimated meals. My three day averages for week two were 196.9 pounds and 15% body fat. Dropping 2.1 pounds in a week is about right. Curious to see what happens as I start hitting my carb and fat macros.

One change I made this week was picking up some Magnesium tablets to take in the morning with the fish oil and multivitamin. I haven’t had any alcohol since Christmas Eve, mainly because I was sick over the holidays. That changes with a beer tasting / comedy event tonight though. I also have not had fast food or takeout at all in 2019.

I’ve been pretty close to my calorie goals and haven’t had cravings for sweets and treats. I also haven’t felt like I was over-eating. So I was curious what macros the old Eat to Perform calculator would recommend. We based our diets on that calc in my early CrossFit days. It shows my BMR just under 2,000 calories per day, which is an estimate of how much my body needs to function at rest, and it calculates I need over 3,000 calories per day if I’m moderately active, which would be 390 grams of carbs! If I set very active or extra active in the calculator it increases carbs by almost 100 grams for each level! No wonder Eat to Perform didn’t work for me, eating was a chore, and I was always struggling to get enough carbs by the end of the day! Pizza and Mountain Dew sounds really good, so maybe I should try those wild carb goals. 😉

I’m not tracking today due to a drinking event tonight, so week 3 starts tomorrow. I may wait and do my next update after two weeks.

Check out the coupon Meijer gave me last night when I picked up milk and yogurt. Damn trolls! 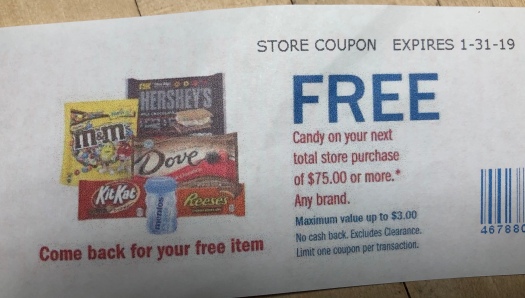 All of these posts will be tagged 2019 calorie counting to make it easy to browse the posts.