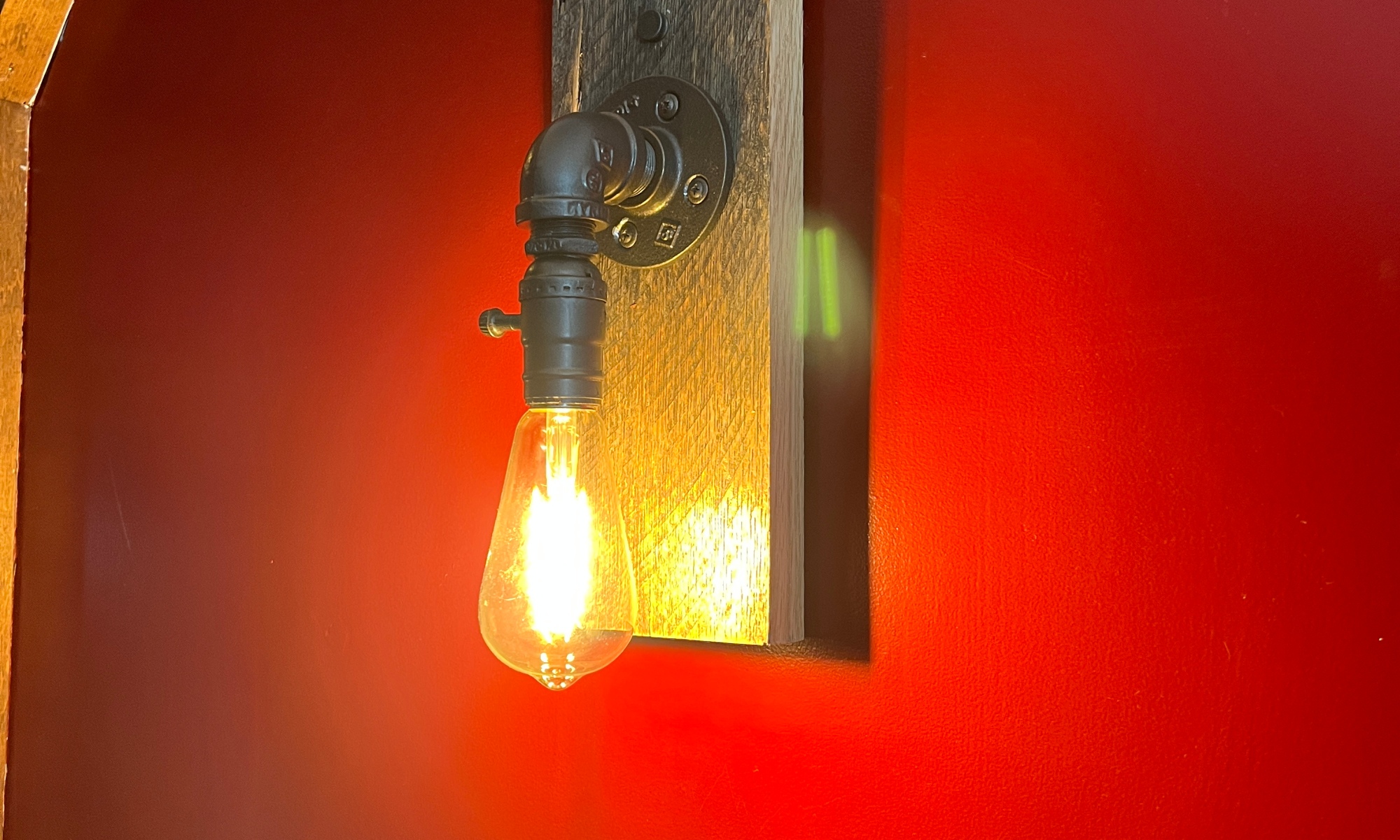 I’ve started to remodel the kitchen and we’re getting all new lights. This one almost never gets used and is in a weird spot, but it had to go.

We determined something like this is generally called a sconce, so naturally went searching for a replacement on Amazon. We found this farmhouse steampunk light we really liked.

I knew I could very easily make something similar. I picked up 3/4″ pipe pieces and a lamp socket from Menards, along with some metallic hammered spray paint.

I used some sandpaper on the end of the light socket (bite for the bonding), wired it up, screwed the pipe pieces together, and attached the light socket to the pipe with epoxy. Then I did several coats of spray paint. I also did some matte clear coat, which I think was after this picture was taken; I wanted to knock down the shine.

We picked out a piece of pallet wood, of course.

After we picked out our new kitchen faucet, which has some bronzed edges, I ended up grabbing some bronze metal paint, which I used on some of the edges, though it’s subtle and hard to see here.

I reused the bolt from the previous light, and put it all in place to figure out where to cut the board.

Then I drilled holes for screws and the mounting bolt. I had to route out some of the back side to make room for the circuit box and brackets sticking out of the wall. I guess I forgot to take a picture. I painted the screw heads and bolt and touched the edges with bronze.

I love how it turned out and can’t wait to see what it looks like after the walls get painted though.

One Reply to “DIY Wall Sconce/Light”